On February 15, 2018 Lana Del Rey performed at Valley View Casino Center in San Diego, California, USA. She was wearing a ‘Whitewave Honeymooners’ bodice and shorts together with some brown boots. 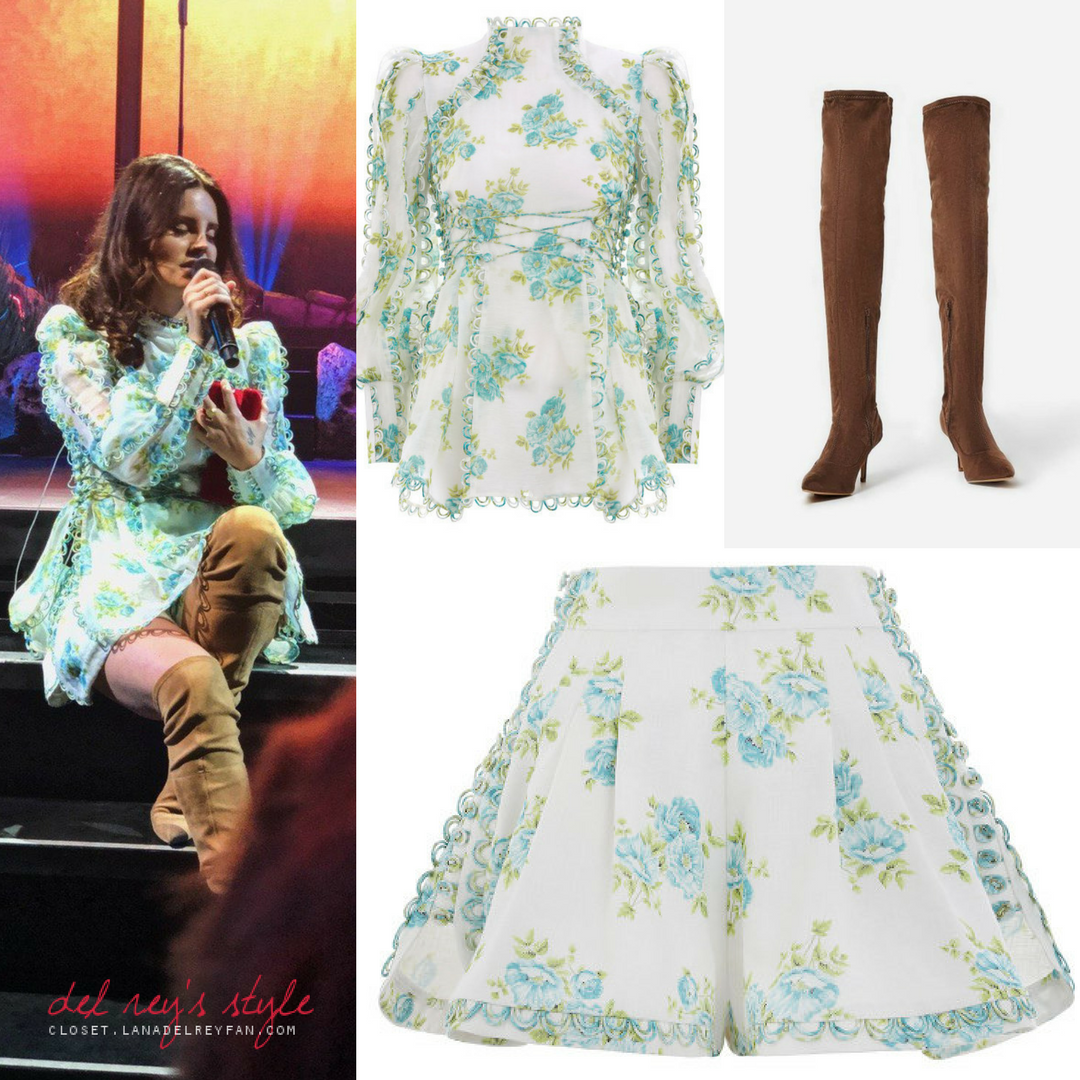 After years of the song release, the ‘Pepsi Cola’ addiction is officially back! Bershka, H&M and Stradivarius are selling very special themed t-shirts and hoodies. Make sure to check the following items on sale right now!

Other clothing products online – you might wanna take a look: 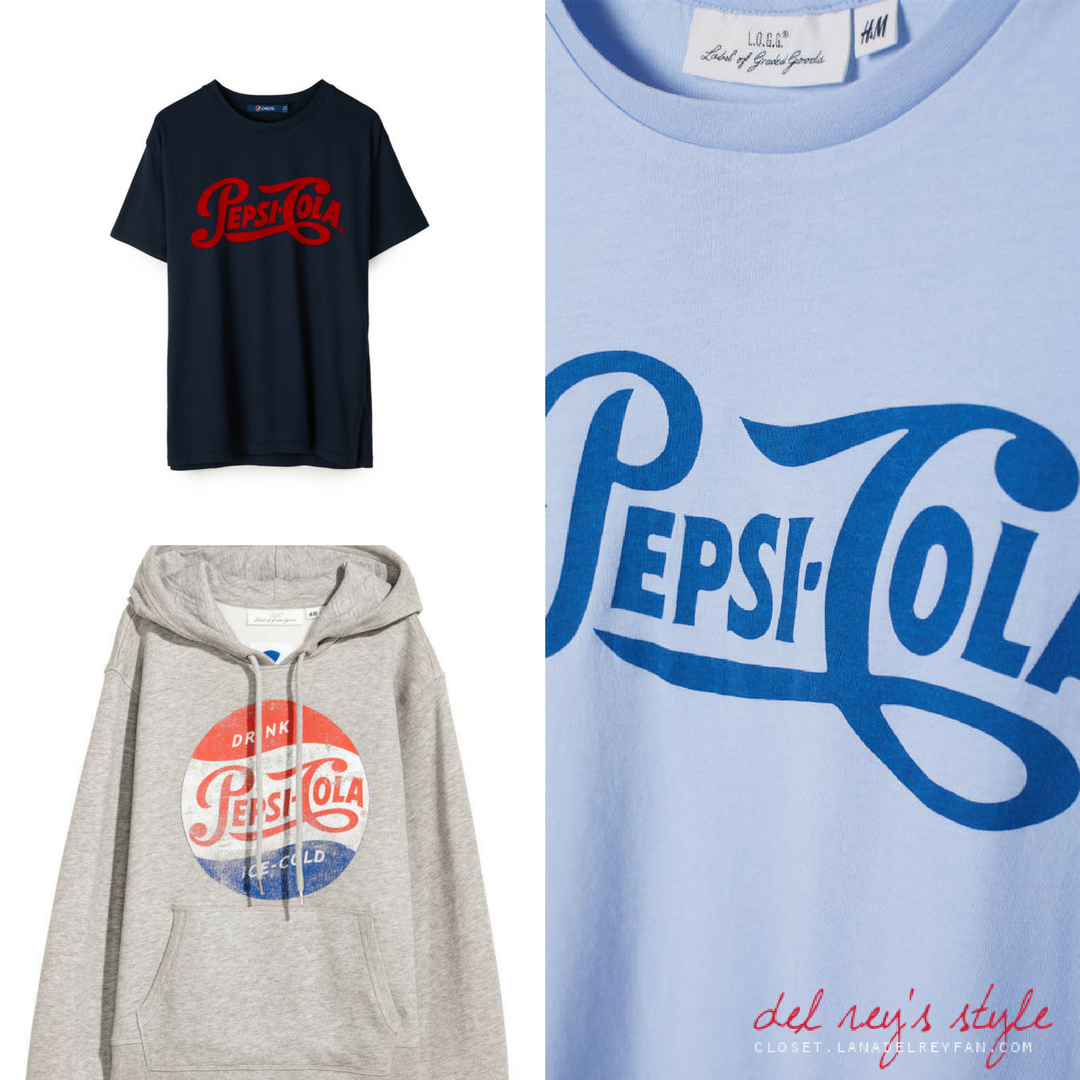 On April 17, 2018 Lana Del Rey performed at the Antwerps Sportpaleis in Antwerp, Belgium. She was wearing a ‘Malibu’ Short-Sleeve Crop T-shirt together with a sparkly green skirt and grey boots. 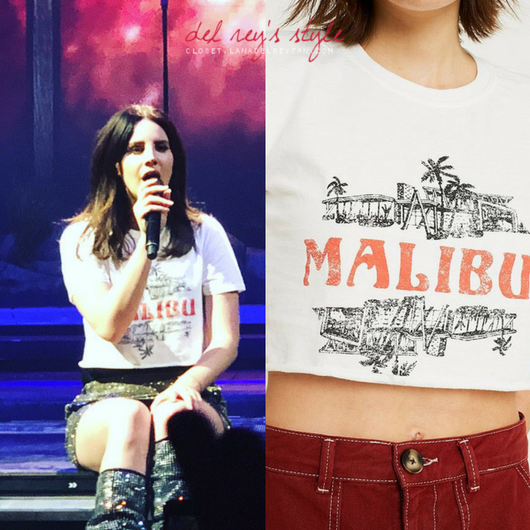 Lana Del Rey attended the Gucci Bloom fragrance launch in New York City on May 2. She was wearing a matching wool jacket and pleated skirt by Gucci. She also wore some special leather cherry pumps, also by Gucci, which are not available for purchase. However, you can get the same ones in a different colour. 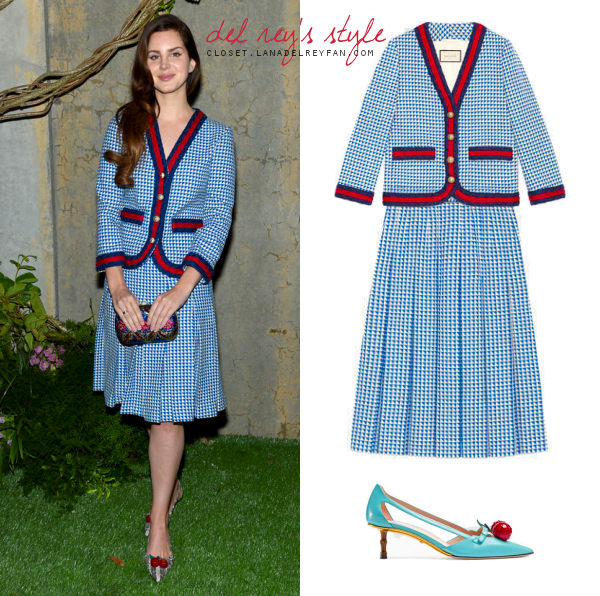 Lana wore a beautiful white lace dress to the Pre-Grammy party on February 8, 2012. You can create your own inspired look using the products below. 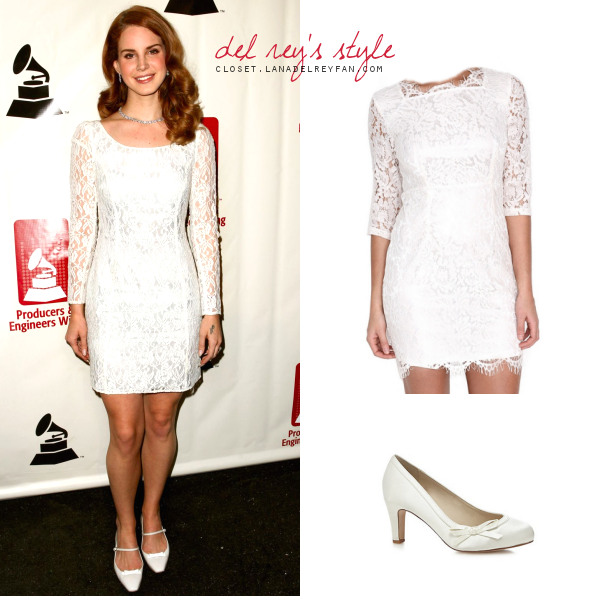 Lana Del Rey is known for wearing her red F1 Ferrari jacket, such like in this photo from January 2012! It is an old Vodafone sponsor jacket which is unfortunately no longer available. However, F1 still make their red jackets which means you can find their newest on their official website and in other stores such as Amazon. 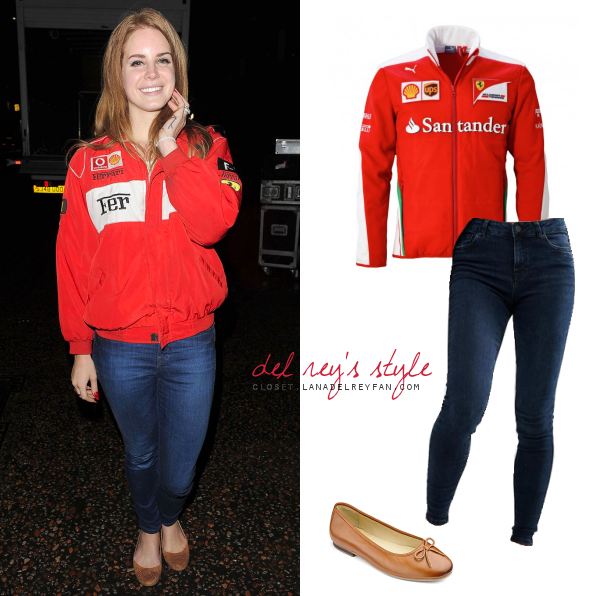 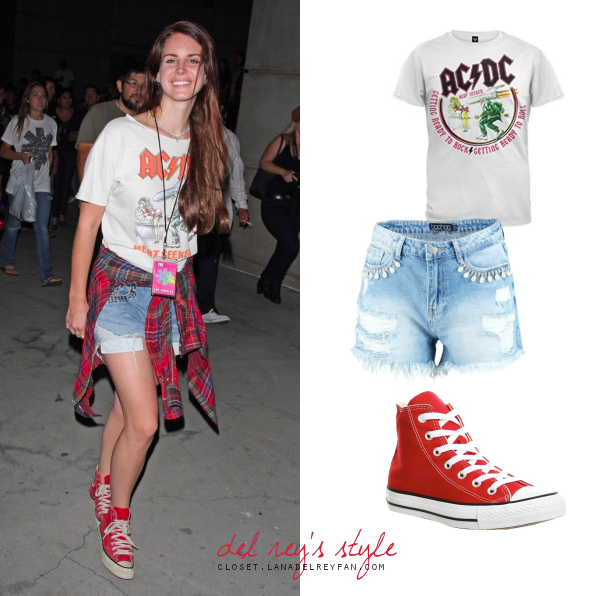 In March 2011, Lana Del Rey appeared on the cover of the spring/summer issue of AnOther Man magazine. The entire shoot was styled by Alister Mackie, and in one picture she wears a beautiful black and red cherry print dress and black studded belt by Saint Laurent. 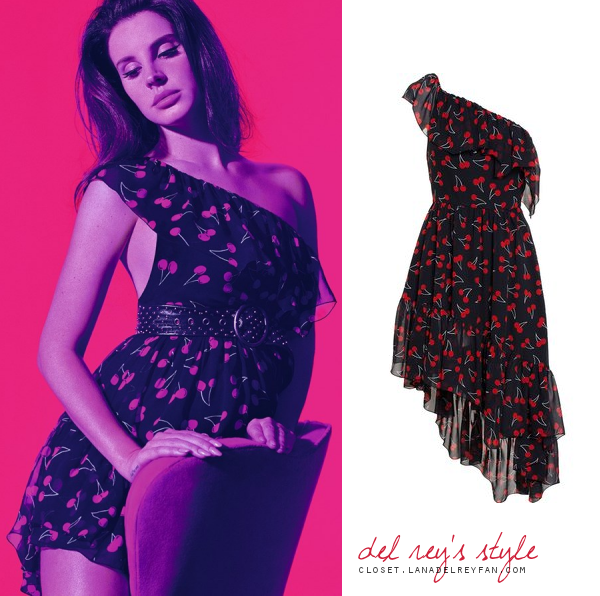 In February 2016, Lana attended the Elle Style Awards held at The Tate Britain in London, UK. She wore a Shareen Michael Chiffon Bridal Dress with Vivienne Westwood Spring 2016 Mules, which are unfortunately no longer available online. 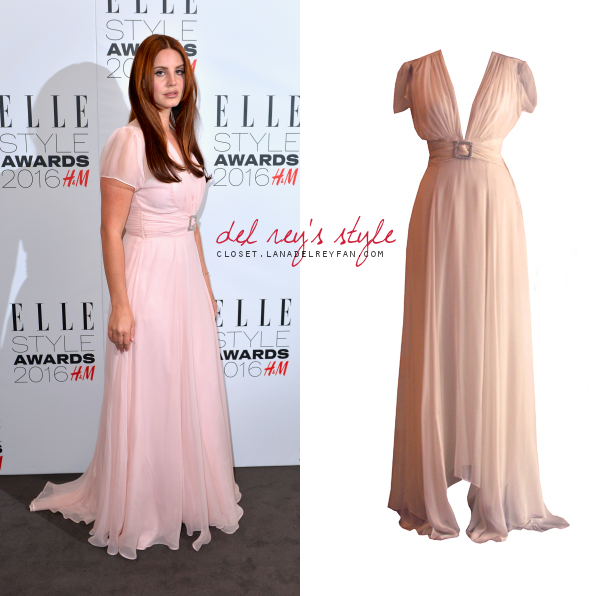 On October 24, Lana attended The Q Awards in London, UK. She wore a gorgeous dress by Prabal Gurung. It’s not available in many places now, but there is a size US 6/UK 10 available on eBay. 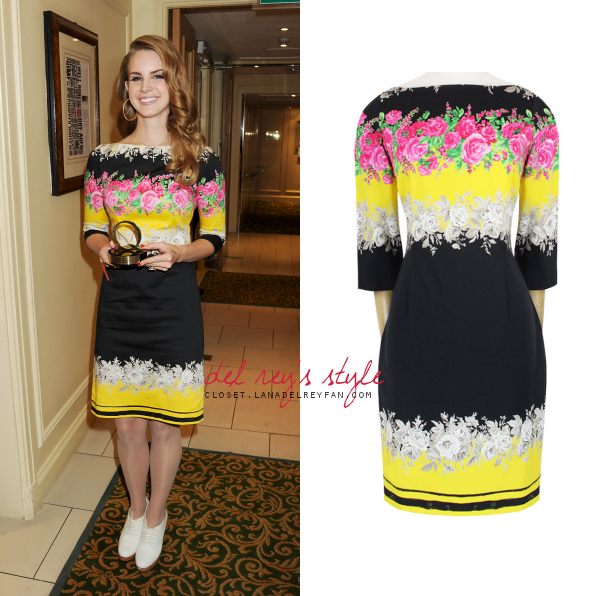